About Our Club Name

Telemark is a valley in Norway where artifacts have been discovered to indicate that skiing began in that area over 2,000 years ago. What better name for the first area on the West Side to be designated specifically for cross-country skiing.

View/download the Telemark History book by our Past President and tireless volunteer Emile Brokx.

The Telemark Cross-Country Ski Club was unofficially founded in 1974, becoming incorporated as a nonprofit society in 1978. Vern Hopkins was instrumental in forming the club, along with Dave Brewer, Bill Chaplin and Phil Wakefield, noticing that the area was being used for skiing. Phil Wakefield succeeded in becoming the second president of Telemark. Larry Hancock was one of the first members to be involved in coaching – yes, we had a Telemark Racing Squad back then! A track setter was built to set tracks, which at the time was towed behind a snowmobile.

There was a caboose bought from Crown Zellerbach which was used as a chalet which had a tin heater. It was moved to an area called Function Junction in order to prevent vandalism in 1979, and a wood stove was installed. The first person to arrive in the morning was responsible to light a fire to keep the premises warm.

In 1982, the club bought a yellow snowcat from BC Hydro in Prince George. It served the Club until the purchase of “big red”, a PB170 in 1987. In 1983, Telemark joined Nordic and Sons of Norway Ski Club in sponsoring a 3-man trail maintenance crew financed by Canada Manpower. In 1987, Telemark began a user-pay system to help offset the cost of maintaining trails. Plans were also underway to install a permanent trailer pad, in order to have a resident caretaker to keep vandals at bay. Jack and Edna Johnston moved their trailer to this pad in 1991 and became the caretakers. Jack was then hired to do the grooming of the trails and Edna to manage the office.

The first trail lights were installed in 1992 with fluorescent street lights from the City of Kelowna, which were declared obsolete. Construction of the new chalet was started in 1994 and completed in 1996.

1998 saw the addition of a network of 8km of racing trails, and a 1km addition onto Forest Lane called Memory Lane, as well as a detour to the swamp at the bottom of Telemark. We also built a timing hut to centralize operations during races, and to make it more comfortable for volunteers timing the racers.

In 1999, the club purchased a new Bombardier grooming machine to replace the aging PB170.

In the fall of 2000, work got underway for the construction of the 8km Crystal Rim trail. We hosted the first BC Midget Championships, which thereafter became an annual CCBC event.

In 2002 Telemark was awarded a NORAM race for the 2002-2003 season and in preparation for this a new washroom facility with flush toilets was constructed during the summer. Also that year lights for night skiing were expanded to Forest Lane.

Construction of the biathlon range was started in 2003 and a BC Cup for biathlon was held for the first time at Telemark in 2005. The range was expanded to twelve lanes in 2005. During the summer of 2006 the stadium was upgraded and new lights were installed. Also a new Quonset hut was constructed to house the grooming machine. These projects were funded partially through a donation from the Ogopogo Rotary Club of Kelowna and a grant from the Olympics/Paralympics Life Site of the provincial government. Murray Farbridge was hired as a regional/club coach. Murray was the head coach at Nickel Plate Cross Country Ski Club for the last three years. 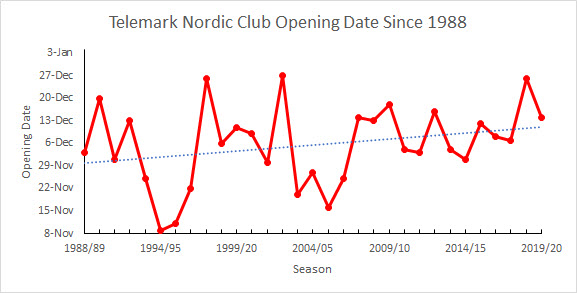 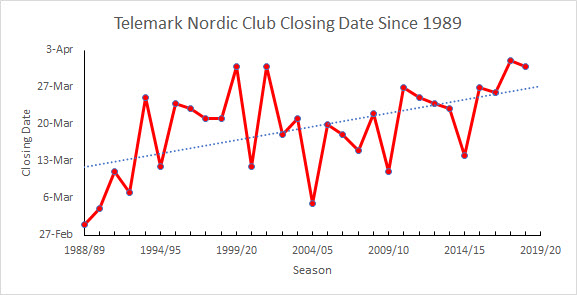 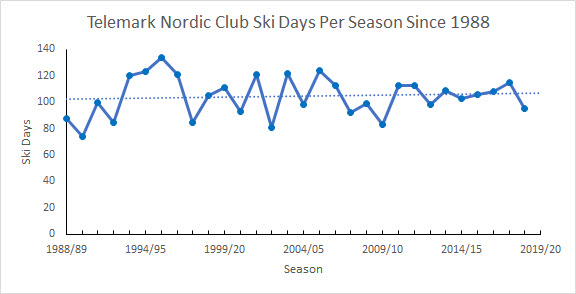