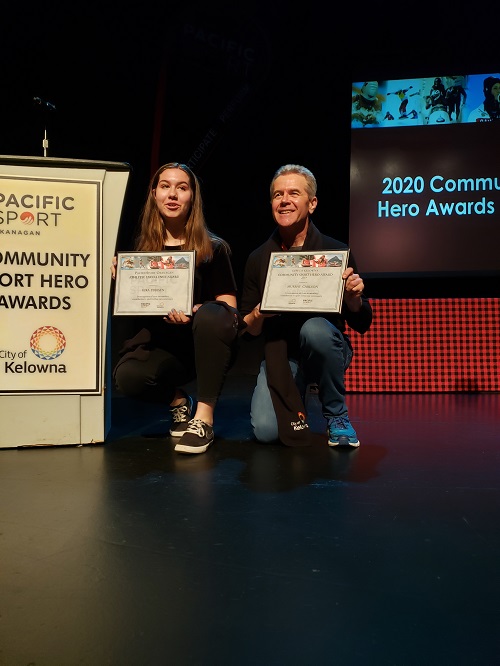 The Mary Irwin Theatre at the Rotary Centre for the Arts in Kelowna was packed to the rafters with local athletes, coaches and parents…brothers and sisters in Sport for an evening of award presentations, funny anecdotes,  inspirational speakers and an introduction of Athletes attending the BC Winter Games.  Telemark was well represented at the Gala.  Our Team Telemark Biathlon delegation brought along their loud cheers and even cow bells to ring in the award recipients, two of whom were Telemark Club members. Telemark was also well represented at the BC Winter Games athlete announcement.

The BC Winter Games… will kick off in Fort St John from Feb 20-23. The Okanagan (Zone 2) athletes were called up on the stage for a presentation.   Telemark athletes were represented on stage by 13 year old Evan Edwards. Telemark qualified the largest number of athletes ever from our Club. Athletes from Telemark Nordic Club who will be competing at the BC Winter Games are: