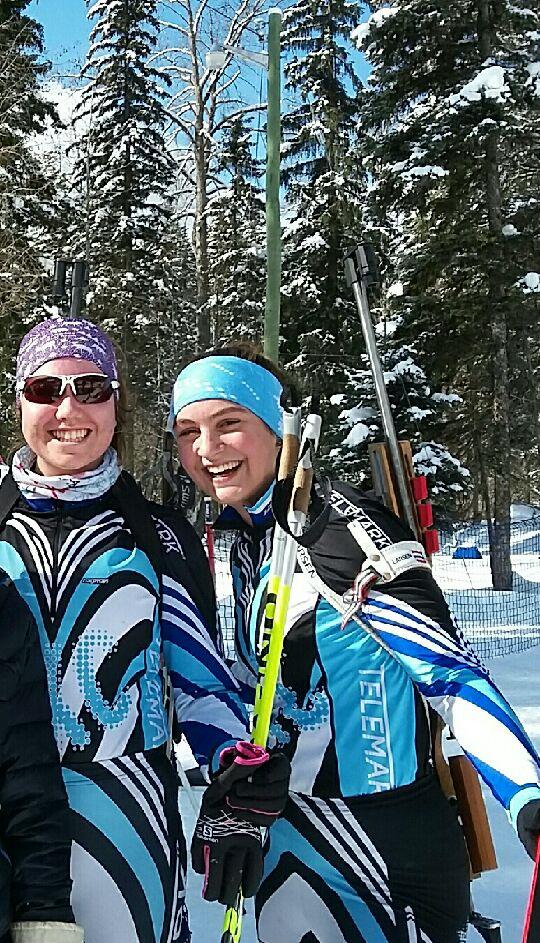 The last couple of weeks has seen Team Telemark Athletes very busy competing at a number of events.  A large part of what the Telemark Nordic Club does is program development and racing to help raise the profile of our sport and our club as well as help to build more cross-country skiers for the future of our Club and the sport of cross-country skiing.   Telemark congratulates all our hard working athletes, coaches and parents!

March 2-3  Telemark hosted a successful Biathlon BC Cup/BC Championships.  It was a wild and exciting weekend of Biathlon racing with perfect conditions. Our young biathletes had home field advantage and some great performances. Full Results

March 1-3   50+ Telemark athletes, coaches and parents alike competed at the XC BC Championships in Salmon Arm. This is the largest cross country ski event in the Province with over 600 participants.  BC Championships Results.
Telemark earned a best ever 2nd place in the overall aggregate standings and several athletes earned season long overall top 3 aggregate awards which were presented at the awards banquet on Saturday evening.  Overall Aggregate Awards.  Telemark is producing some of the best young athletes in the province.

Feb 15-22  Team BC athlete and Telmark’s own Natalie Benoit came home from The Canada Winter Games Biathlon competition with a Bronze medal in the relay and several other impressive results. Full Results

Still to come for Telemark athletes –  The Biathlon Nationals in Whistler March 26-31 and the Cross Country Nationals at Nakkertok March 13-20.