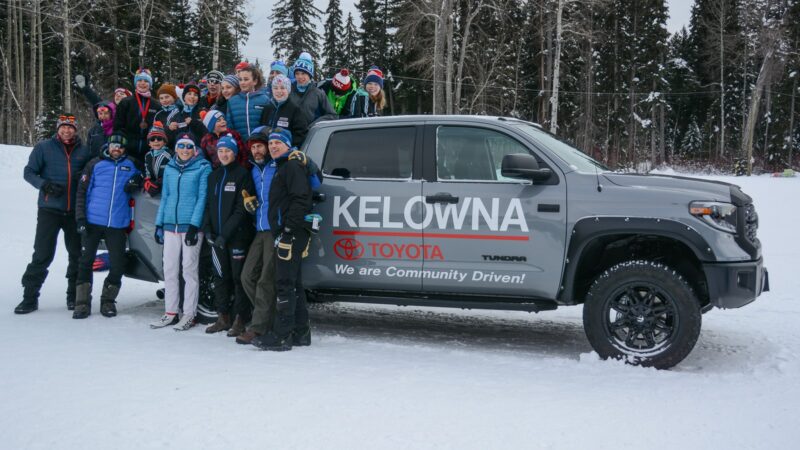 The snow conditions were incredible, the racing was competitive and  racers, coaches and volunteers alike  had big but tired smiles by the end of the weekend.

Thanks to all the volunteers.  Without dedicated volunteers this event could not have happened.

Special thanks to the grooming crew –  especially staff groomer Colin Thomson –  for all the late nights and early mornings and for  consistently great trails and grooming.

Thanks to all the racers, coaches and support people for coming to Telemark to contribute to an exciting,  competitive and fun event.

The Telemark Nordic Club sent a strong contingent of over 50 athletes to compete in the Western Championships and Okanagan Cup. Our Telemark Team athletes had several amazing performances over the weekend including many individual and team relay medals.  Team Telemark contributed greatly to  British Columbia dominating the event and winning the overall Aggregate title over the other Western provinces.  Click here for full Results.