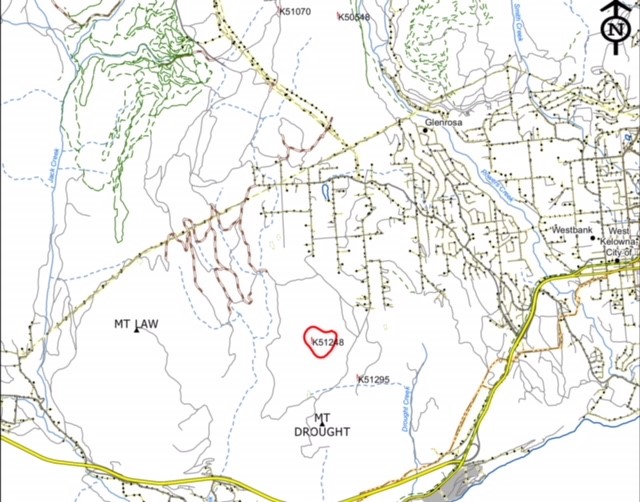 Short update from Scott regarding the Law Creek Fire currently burning near Telemark:

The  evacuation alert was downgraded shortly after being issued, reducing the number of homes affected to about one third of the initial quantity – reflective of the control BCWF has on the event.

Map released today shows the fire size and boundary. Our trails (both ski and snowshoe) can be seen in green, upper left corner. Red is current fire boundary. I believe the fire is holding near 15 Ha.

The one huge ace we have is there’s a major piece of infrastructure between us, and it — the high line power supply for all of the Westside. Every effort will be made to not allow the fire to advance to that point, and at this point, that’s not likely to happen.